I don’t know what to do with what I’ve found. I don’t even know where to start.

I hope someone will be able to help me move in the right direction.

Let me start from the beginning. I am a collector. More specifically, I collect old media. I love researching the mediums that we used in the past and try to preserve them for future generations digitally. One of the ways I do this is by collecting VHS tapes.

I bought a collection of VHS tapes on eBay. It’s pretty common for sellers to auction off collections of pre-recorded VHS tapes for pretty cheap. They sell them “as blanks” because most people would want them to have to record other things on them, but I want them to see what’s already on there. I want to know what people found interesting enough to record and hold onto for decades. Usually these sets are filled with movies recorded from HBO or recordings of TV shows, sometimes with the commercials in tact, sometimes not. 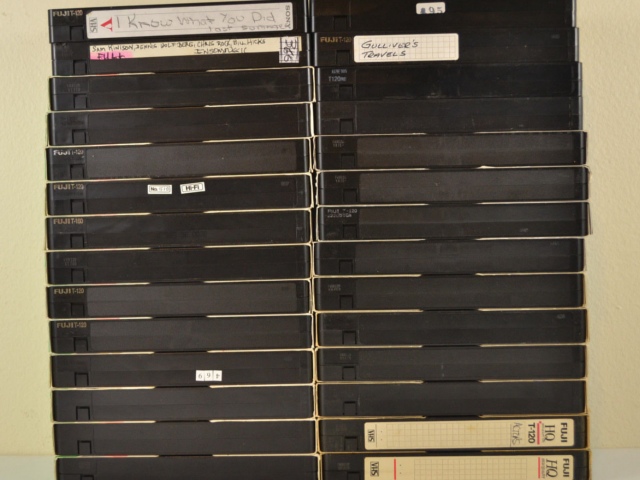 I never expected to find what I did, though.

In between recordings of things such as the Sandlot and episodes of Frasier, I found something that I can’t explain. I’ve searched Google endlessly and nothing explains what I see. Is it real? Is it a student film? Is it just footage of kids playing in costume and role playing?

What is going on here? What is THIS? 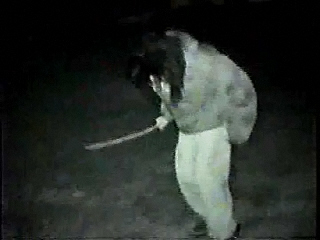 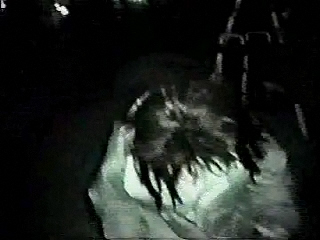 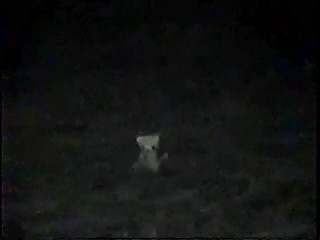 I've contacted the seller on eBay and they said the tapes weren't originally theirs either and that they buy so many from yard sales, etc. that there would be no way to pinpoint the original source of the tape.

I’m really nervous to post about this so I’ve edited things down to a few clips and will share it in pieces because I don’t want to alarm anyone. I know there are real human beings in this footage (as well as something that I am unsure of) and I don’t want to upset them (if they are even still with us) or their families by sharing this without their consent.

There’s more to what I’ve found, though. In the coming days and weeks I plan on sharing this with you.

Here is the first video of clips that I feel comfortable enough sharing:

It appears as if there is a small group of men looking for something in a wooded and residential area. Is it that man (or monster) that lets out a primal scream and attacks the person operating the camera? Who is the person that appeared to be shot? Why was he shot? I don’t know how old this footage is, either.

If you know anything about this, the people in this video, the creature they appear to be looking for, etc. please let me know. You can contact me by email at whatarethetapes@gmail.com.

UPDATE 2: Since I created the page and uploaded the first set of clips I have spent a lot of time pouring through more footage and I've tried to use some of the info I've pulled from the videos to identify the people in the video. I think I am getting somewhere but I'm going to be cautious about what I share as of right now for the same reasons I outlined previously. It seems like these videos are created by and orchestrated by one man. I just need to find out who that man is. I'm going to continue my research.

This set of clips seems to feature at least two people that match the build of two males that are seen in the first video. The weird thing about this one, though, is that this is clearly shot during the winter as opposed to the footage that we've already seen, where we can see people wearing short sleeved shirts. Is this filmed in the same geographical region? Did they travel to a location more prone to snowstorms? Is that a body laying next to the river that they are attacking? The man/creature with the long hair who moves more like an animal than a person seems to have appeared in both videos. Is it the same person?

I'll be back in a few days. I've received a few emails with questions about what I'm doing. I'll answer them here as soon as I can. I also have more footage to share.

UPDATE 3: I wanted to address some of the emails and items that I have received since my last update.

The footage that you have supplied seems to be some kind of student film. Some people look as if they were under 18. The “creature” also seems to be wearing a wig, and is holding a plastic “weapon”. I’m sure someone could use some facial recognition software on some of the people in the video, but I don’t know.

The footage might be from between 1993 (when both Sandlot and Frasier came out) and 2005 (One year after Frasier was cancelled and when VHS was discontinued). Also it’s surprising that someone watching “Sandlot and episodes of Frasier” wouldn’t see this and sell the tape.

I’m sorry if this didn’t help. I’m not exactly a “know-it-all”. I hope this narrows down your search. Might I ask, why didn’t you post this to maybe Reddit, or some local news place? Neocities isn’t exactly the go-to place for stuff like this. Not only that, but why did you put the website up for a Halloween competition? No madder, I hope you find the original owner."

Thanks for the email. I think you could be on to something about it potentially being a student film. Maybe it's something a group of kids dedicded to just tape with their parents' camcorder. There are some points in the films that could be examples of them being forgeries, but I'm not sure.

As for the date of the tapes, don't say that you're not helpful! I genuinely appreciate it. I think setting some parameters and trying to wind down the timeline is important. Perhaps the tapes were taken after the shows/films were recorded and the person who originally recorded those programs didn't realize it.

I've been trying to sort through the tapes and trying to identify any names, identifies that are spoken and there aren't many hints. I do recognize one of the names of an individual on camera as being "Jacques." I'm not sure what their last name is or what kind of job or role they serve. I have a feeling that whatever this is (if it's even real) could be tied to what is commonly referred to as "Bigfoot" so I tried to search old forum posts for anyone under the moniker of Jacques. I did stumble across an older Blogger website by someone who goes by that name. Is this the same person? Check the blog out here and see for yourself.

I'll be back soon with more. -The Collector

UPDATE 4:A quick update. I've been researching audio that allegedly comes from "unknown" creates. In a collection of .wav files I found something that I think sounds very similar to the noise that the unknown creature/person in the tapes makes when confronted. Listen for yourself.

UPDATE 5:Wow, it's been a while. Sorry for a lack of updates in recent months. I stopped getting any leads on the videos so I just kind of moved on and kept doing my thing until fairly recently. I bought another collection of VHS tapes from the seller that had sold me the tapes that had all of the stuff posted above on it. I didn't think anything else would come from it, but sure enough, I found something else. It's a video that looks like it was shot around the same time and looks like there are people who are exploring a wooded area behind a factory or something. There's no audio, but from what I can tell there are a few people slowly walking into a dark area underneath a water tower when something happens and everyone in the area, including the camera man, begin frantically running. Anyone have any ideas? I'll update again if I find more. -The Collector